Dr. Adrian Hänni is a political historian who leads global research projects, writes books, and lectures on the contemporary history of intelligence, propaganda, and political violence. 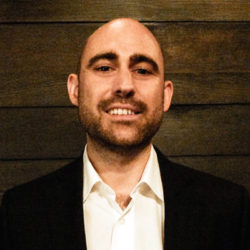 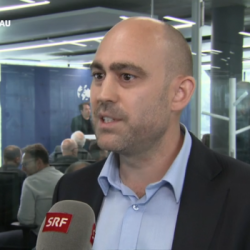 With an academic background in history, economics, and philosophy, as well as capabilities in seven languages, Hänni brings a unique, interdisciplinary perspective to his body of work that connects the recent past with the present. Hänni’s goal is to build broader comprehensive awareness of how manipulative political practices are used to subvert democratic systems and processes. For public and private stakeholders to better navigate the risks and opportunities behind some of the world’s top political threats, Hänni aims to better equip them with deeper insights and a more precise understanding of their historical roots.

The attempt to solve a problem without understanding the history of how and why it emerged is doomed to fail. Currently, free and informed political decision making is severely endangered by disinformation, terrorist violence and secret influence operations, leading to democratic crises around the world. Because today’s evolving global challenges are complex and interconnected during this time of fractious and transforming geopolitics, they cannot be analyzed as isolated components.

In aggregate, Hänni’s research analyzes the historical role and mechanics of socio-political manipulation and responses to these challenges. This includes understanding the relationship between influence through mass media, the rise of transnational political violence, and the emergence of informal international governance networks.

While still early in his academic career, Hänni has produced a prolific publication profile and a global network of collaborators. Hänni led major international publication projects on the historical study of intelligence services, terrorism, and political violence, demonstrating his ability to shape state of the art research.

Until recently, historians have rarely analyzed extreme political violence through a transnational lens. Hänni developed a comprehensive theoretical framework that builds on History, Political Science, Sociology and International Relations paradigms to study transnationality as a key aspect of modern political violence. This reconceptualization of transnationality is a methodological innovation that can be applied to other forms of transnational activities, including counterterrorism and anti-radicalization measures. To test his theory, he invited an international group of scholars to apply this framework to diverse case studies from the 20th century.

Hänni received a major grant from Distance Learning University Switzerland to study past and present schools of political historiography and inquire how global political history of modern societies can be taught, studied, and written. He used the results to produce the first German-language textbook on Political History, which will be distributed throughout German speaking classrooms and university networks.

He received research fellowships, grants, and visiting appointments from a variety of universities, think tanks, and foundations around the world, including the Institute for History at the University of Leiden (Netherlands); German Historical Institute (Washington DC); Centre for the Study of Violence at the University of Newcastle (Australia), and the Swiss National Science Foundation (Switzerland).

Hänni has collaborated with the Inter-University Center for Terrorism Studies in Washington DC and its director, Prof. Yonah Alexander, one of the pioneers of terrorism studies. He currently sits on the International Advisory Board of its journal Terrorism. He is an active member of the International Intelligence History Association (IIHA), a regular participant/speaker at the Zagreb Security Forum, a member of the British International Studies Association (BISA), and an active member of BISA’s Critical Terrorism Studies Working Group.

Hänni is committed to supporting the next generation of scholars, as well as expanding access to historical knowledge among the broader public and other stakeholders outside academia. Hänni has developed a track record of teaching excellence as a top evaluated lecturer at FernUni Schweiz (“Distance Learning University Switzerland”) and the University of Zurich, where he has been teaching classes on modern political history, political violence and historical science methods. He also reaches general audiences as a lecturer for Volkshochschule (“People’s University”) in Zurich.

At FernUni Schweiz, he was responsible for designing and building the Political History program. In order to increase diversity among the pool of students qualified for higher education, Hänni created both an admissions exam and an 8 month preparatory program to find promising candidates without high school degrees seeking to pursue a BA in Historical Sciences at FernUni.

Dr. Hänni is currently based in Zurich, Switzerland during the COVID-19 pandemic.