The attempt to solve a problem without understanding the history of how and why it emerged is doomed to fail.

Currently, free and informed political decision making is severely endangered by disinformation, terrorist violence and secret influence operations, leading to democratic crises around the world. Because today’s evolving global challenges are complex and interconnected during this time of fractious and transforming geopolitics, they cannot be analyzed as isolated components.

In aggregate, Hänni’s research analyzes the historical role and mechanics of socio-political manipulation and responses to these challenges. This includes understanding the relationship between influence through mass media, the rise of transnational political violence, and the emergence of informal international governance networks.

Communities around the world are targets of propaganda and disinformation at a massive scale, impeding informed political participation and political agency. Hänni seeks to empower citizens by making knowledge about strategies, tactics, and motives behind past and present propaganda campaigns publicly accessible. Understanding these intentionally manipulative practices is the first step to building social resilience against disinformation and addressing the structural problem of an increasingly broken information ecosystem.

Public dialogue around “terrorism” is fundamentally flawed, as well as strategically manipulated by parties with political imperatives and economic interests. Militarized counter-terrorism efforts are not only often ineffective, but in fact frequently serve to exacerbate existing conflicts. Hänni is interested in raising awareness to the historical emergence of these practices in order to helping design counter-terrorism initiatives that enhance the long-term security, strength and prosperity of directly impacted communities.

SIGNIFICANT ADVANCEMENTS OF KNOWLEDGE IN THE FIELD

Hänni is an internationally recognized expert on the contemporary history of political violence, intelligence, and propaganda whose research has significantly advanced knowledge in several key areas in these fields. The following is an overview of the fields and areas to which Hänni has contributed relevant new knowledge, which are exceptionally broad for an early career researcher. 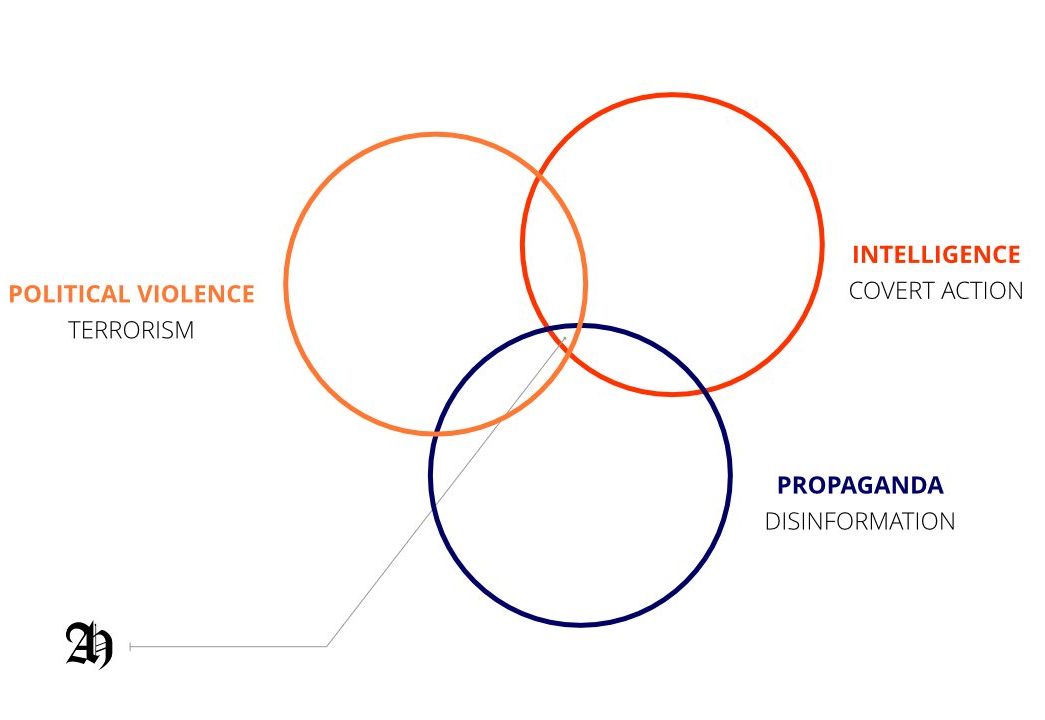 His postdoctoral research project on the transnational political network, Le Cercle, makes a valuable contribution to an emerging “new diplomatic history” that shifts the focus away from national governments and formal decision-making procedures, and instead explores the role of private actors and informal transnational networks that are connected through categories such as ideology, religion, or class. His results broaden our knowledge of how informal diplomacy became increasingly institutionalised in elite forums during the Cold War era, and more generally increase our understanding about hidden network-type political relations, their motives, and impacts. (e.g. presentation at the London School of Economics and Political Science, March 2016; book chapters in ‘Transnational Anti-communism and the Cold War’ and ‘Wie Eliten Macht organisieren’).

Accounts of the relationships between states and terrorist organizations in the Cold War era have long been shaped by speculation, a lack of primary sources, and sometimes even conspiracy theories. He is at the forefront of international scholarly efforts to close that shortfall. Under his leadership as the main editor, a two-volume anthology (Terrorism in the Cold War, to be published by Bloomsbury/I.B. Tauris in September 2020), is set to present a novel and systematic assessment of the contacts, dealings, and agreements that individual Eastern and Western state actors maintained with terrorist organizations during the Cold War. Based on an exhaustive analysis of recently declassified archival source material in Eastern and Western Europe and the United States, the chapters: a) demonstrate that state-terrorism relationships were not only much more ambiguous, complex, and multilayered than much of the older literature had suggested; and b) enhance our understanding of global political history in the Cold War era. His contributions to the volumes significantly advance the theorisation of state-terrorism relations. Among other things, he identifies a number of important motivations as to why state actors support terrorist groups (such as ‘domestic security’, ‘intelligence cooperation’, and ‘economic interests’) that have so far been ignored by scholars.

He has significantly advanced knowledge in several key areas of intelligence studies. 1) He contributed to the debate on the politicisation of intelligence. Based on an empirical analysis supported by hundreds of recently declassified U.S. intelligence documents, he introduced a theoretical model of intelligence politicisation that extends existing models, which focus on the consumers of intelligence, by integrating the incentives of intelligence producers and specifying the determinants of whether politicisation succeeds or fails. 2) Based on a comparative analysis of how the Soviet Union and Russia have pursued intelligence defectors since the early Cold War, he published a pioneering study as first author (Intelligence and National Security, published online February 2020) on the question of how intelligence services deal with defectors from their own ranks, a subject that has so far received no attention by researchers beyond case studies on individual defectors. 3) His work has expanded scholarly understanding of covert action, especially regarding ‘black propaganda’ by intelligence services (Studies in Conflict and Terrorism 43/1, 2020; JIPSS 9/1, 2015), and how state actors use covert action as a signalling tool to distinct audiences.

Some numbers behind the research

Archives visited around the world